Conference
People for Earth Forum hosts conferences for the purpose of introducing
its annual activities and achievements
and to share academic knowledge and opportunities. 언더바
Previous Conference
PLZ Forum for Ecozoic Era 2019 - Day 1. Keynote Speech and Session 1 : 'Earth Governance'
〈Opening Remarks and Congratulatory Speeches〉
The forum itself was held over two days at KT&G Sangsangmadang Stay in Chuncheon, beginning on September 20. The event was opened by remarks by Kumsil Kang, executive director of People for Earth, a welcoming speech by Moon Soon Choi, governor of Gangwon-do, and congratulatory speeches by Irina Bokova, the former Director-General of UNESCO, and Byung-ok Ahn, chief of the National Climate and Environment Council. These were followed by the keynote speech by Klaus Bosselmann, professor at the University of Auckland, entitled “Earth Governance: The State as Environmental Trustee.” 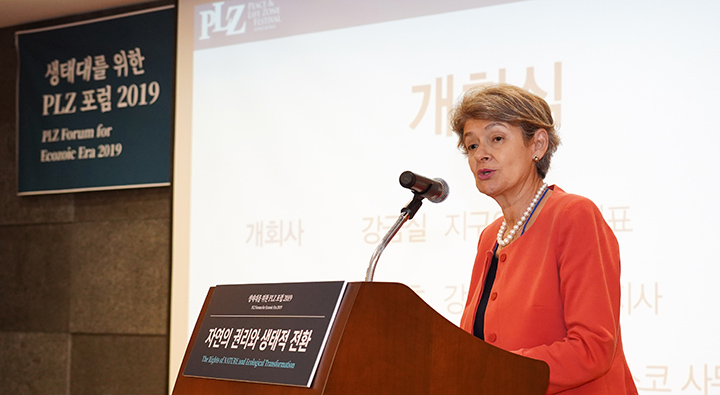 In his keynote address, Dr. Bosselmann pointed out that “the environment is not an object, nor can it be negotiated” and stressed that sovereign states shared common responsibilities for mankind. He also emphasized the possibility of “reclaiming the Earth” for its ecosystems while breaking away from the existing ownership concept and sovereign state-based legal thinking. Dr. Bosselmann also suggested that the welfare of the Earth, not the state, determines the degree and quality of environmental protection. 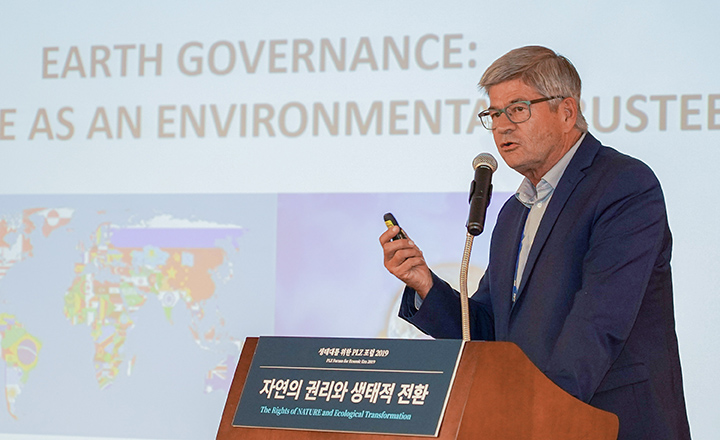 〈Session 1 : “The New Values of Earth Governance and the Transition of East Asia”〉

Session One consisted of three presentations and a round-table discussion with the theme “New Values of Earth Governance and the Transition of East Asia.” The first presenter, Dongsuk Oh, professor at the Ajou University Graduate School of Law, argued that the emergence of earth jurisprudence demanded a change in the existing constitutional paradigm and that “ecology” should be the constitutional ideology of the new era. Taehyun Park, professor at the Kangwon National University Graduate School of Law, while stating that humanity is bound up with the rest of the Earth as a community that shares the future, discussed the possibility of implementing new environmental governance using the case of New Zealand's Whanganui River as an example. He also suggested a new direction for the Earth community by stressing that environmental governance in the Anthropocene era is the key to building a harmonized relationship with nature. Byeong Jin Ahn and Chaewon Lim, professors at the Kyung Hee University Global Academy for Future Civilization, explored the possibility of realizing Biocracy in their joint presentation entitled "Can Democracy Overcome the Climate Crisis?” They argued that discourse on the transition of politics should go beyond mere state systems and should center on perceptions of the world, world governance systems, and the state-based view. 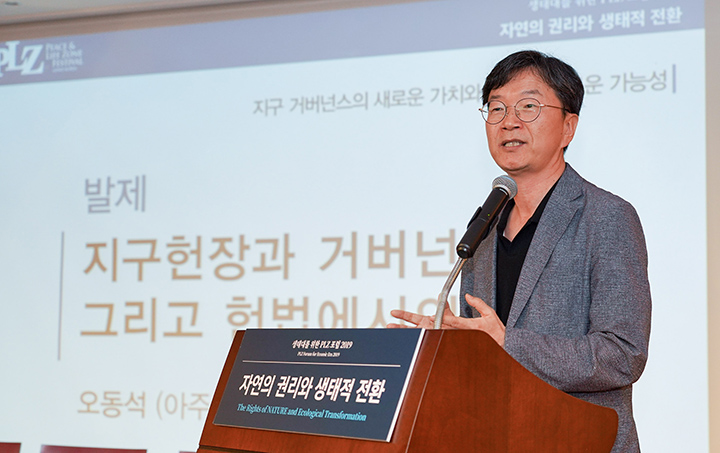 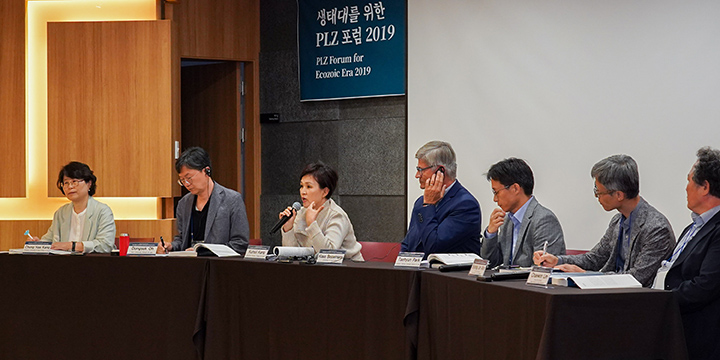 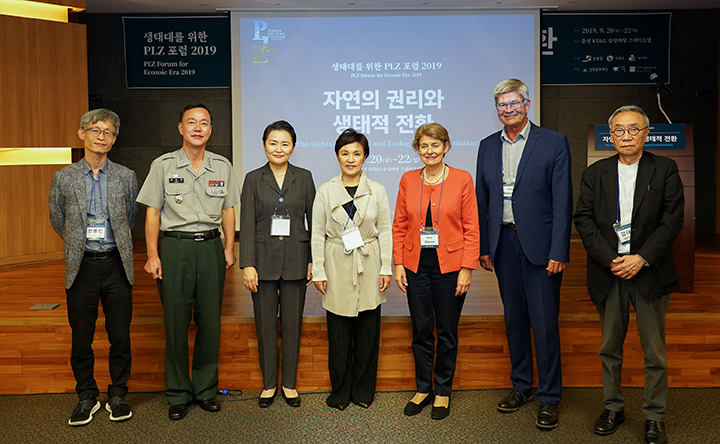